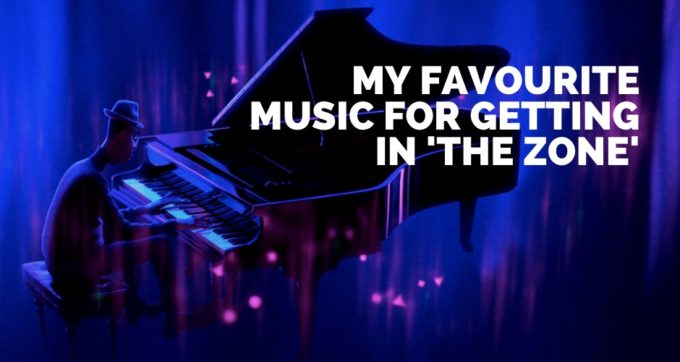 There’s nothing quite like that feeling of being in the zone; that place of flow and focus where you do your best work. If you’ve watched Disney Pixar’s Soul, it shows “the zone” as this generally joyful place between the conscious and unconscious world where you find yourself when you’re completely focused on your craft or work.

Paul Minors · PMP #219: My favourite music for getting in ‘the zone'

One of the ways I’m able to find this focus and enter ‘the zone’ is by listening to music. When you’ve got a good pair of headphones on and the right music playing, it’s amazing how much more focussed you can be.

My favourite music to listen to while working is chilled lofi (low fidelity) music. I find this type of music very calming and it fits perfectly into the background while I work.

In particular, I really enjoy the playlists curated by Chillhop and Lofi Girl. You can listen to either of these curators as a 24/7 YouTube stream and they each have a number of playlists available across various platforms. What’s funny is the Lofi Girl stream shows an anime girl reading a book, studying. I don’t know what it is, but when you have the stream on, it just boosts your motivation. Lofi Girl has developed a passionate follower base and a lot of students now really like to stream the Lofi Girl channel while they read or study, essentially mimicking the girl in the stream.

I prefer the Chillhop music but often rotate between both. As well as study/work music, each of them has some really nice sleep playlists as well. Here are a few links to their stuff:

Sometimes when I’m working, the mood will call for a movie soundtrack. Here are a few that I really like:

I’m a real sucker for synthy electronic music. Here are a few artists that I really like.

As you can probably tell, I have a particular sound and style of music that I like. The suggestions above aren’t for everyone. But if you have any of your own favourite playlists or artists to share, I’d love to hear them!