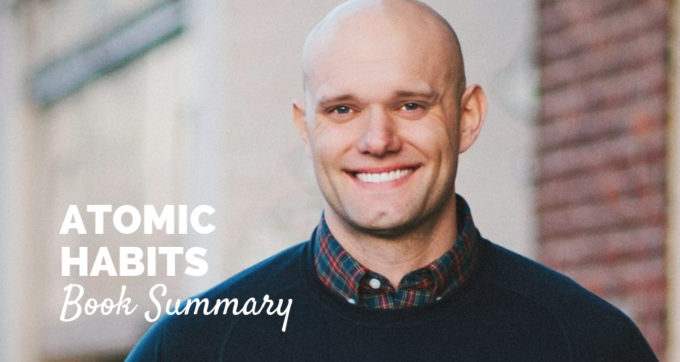 Atomic Habits by James Clear is a great read for anyone interested in self-improvement, particularly those looking for help with habit making or breaking! Clear analyzed top performers and scientific research in order to truly understand habits and how they work.

Who is this book for?

This book is basically for anyone passionate about self-improvement who needs help with his or her habits. Both bad habits, which may be holding them back and the acquisition of new good habits to help them.

James Clear is a professional writer. He has a website, jamesclear.com, in which he posts many articles on habits. In the introduction to the book, Atomic Habits, he relates the horrific story of how he became interested in habits. The following quote from his website shows his philosophy,” I like to showcase the habits and rituals of athletes, artists, and entrepreneurs. By analyzing the stories of top performers from many different fields and understanding proven scientific principles, we can start to tease out the common characteristics that make these people the best at what they do. My specific focus is on self-improvement tips based on proven scientific research.”

The book is about habits, but what is a habit? Habits are reliable solutions to problems. Habits do not restrict freedom; they create it. There are four stages of how habits work which are: cue, craving, response, reward, and hence there are four laws of behavior:

2. How can I make it attractive craving.

3. How can I make it easy response.

4. How can I make it satisfying reward.

In dealing with habits, you will fail if you go against human nature.

The book is divided into an introductory section then chapters, which deal with each of the four laws of behavior, finally an advanced section before the conclusion, acknowledgments etc.

In the introductory section, which consists of chapters 1, 2 and 3. Clear notes the success of the British cycling team under a new coach who implemented a lot of incremental changes, which in many cases became habits. The sum of all the little changes produced a massive overall change, which resulted in success that the British cyclists had never experienced previously. He instituted a new system and it is to our systems we must look if we want to achieve our goals.

It is pointless always looking at the goal if the system is not improved. In an effort to break a bad habit or acquire a good one, it is best to consider the three layers of behavior change, which are outcome, process, and identity; perhaps it is identity that needs changing, perhaps one of the other layers.

THE FIRST LAW OF BEHAVIOR CHANGE

The first law of behavior change is: How can I make it obvious. The chapters devoted to the first law are chapters 4, 5, 6 and 7. A first step is to establish a current habits list, identifying your present habits in the order in which they're done and labeling them as good, neutral or bad. Select bad habits that you wish to abolish. Identify new habits that you want to adopt. Stack your habits so that this can be done.

The term stacking is important and means including new good habits besides the established habits that you are already doing.

Establish a current habits list, identifying your present habits in their order and labelling them as good, neutral or bad

THE SECOND LAW OF BEHAVIOR CHANGE

The second law of behavior change is: How can I make it attractive. The chapters devoted to the second law are chapters 8, 9, and 10. In these chapters, the acquisition of good habits and the cessation of bad habits are considered. The sensible use of reward is discussed and how success in mastering good habits should bring rewards, whose suitability will depend on the person and the habit.

During this discussion, the important role in our brains of the chemical dopamine was discussed and how this relates to rewards. In acquiring good habits and dispelling bad ones, the task is much made much easier in a positive environment. We all wish to belong and as a consequence, we tend to imitate those:

Once again the power of suggestion in dispelling bad habits is mentioned. In the book, all of these points are brilliantly expanded on with many examples.

Anticipation is often more satisfying than the realization

THE THIRD LAW OF BEHAVIOR CHANGE

The third law of behavior change is: How can I make it attractive. The chapters devoted to the third law are chapters 11, 12, 13 and 14. In achieving success, repeating something many times is preferable to just try to produce a few perfect examples. Habit formation is assisted greatly by repetition of actual completion of it rather than just doing the habit occasionally. Habits are far more easily acquired if the acquisition is made as straightforward as possible, with the least amount of work. Starting a new habit should not take more than 2 minutes. If you want to walk 1000 miles you must take the first step. Remove distractions, so that the temptation to not perform is removed.

THE FOURTH LAW OF BEHAVIOUR CHANGE

In order to change habits, it is useful to use a habits tracker, such as a notebook, so that you record when you perform a good habit or don't carry out a bad habit. This assists you in never breaking the habit chain. Habit tracking has the benefits of making the habit:

It is helpful to have someone, who could you could call your accountability partner, assist in your quest of cementing good habits and dispelling bad habits.

Near its end, the book deals with the question of natural talent and its importance in achieving great success. There is a fascinating comparison of two great athletes who are our stars in their respective sports but are unlikely to reach great heights if they swapped sports. There are personality traits, which are genetically determined, which may also predispose you to talent in certain fields. A period of exploration may be necessary to find something you can excel in. You may have to create your own game. The book gives a brilliant example of the Dilbert cartoonist to illustrate this. Genes confer a potential for great ability but it is hard work that determines success.

Having achieved success, it is necessary to stay motivated. This is where the Goldilocks rule is of inestimable value. This rule says that you shouldn't become stuck in a rut-always find a succession of tasks of just manageable difficulty. Champions handle boredom better and practice deliberately; they don't just go through the motions. The book concludes with these wise words,” a lack of self-awareness is poison. Reflection and review is the antidote.”

The Power of Habit by Charles Duhigg is a great read if you want to learn a bit more about habit making. This book not only focuses on work-related habits but also personal habits, therefore it is ideal for anyone who’s interested in making a change in their life whether it be professional or personal. Duhigg examines exactly what a habit is before delving into how we can mould shape and change these habits.

Similarly, The 7 Habits of Highly Effective People by Stephen Covey explores a number of paradigms, principles and habits that can help you become more productive, whether that be as an individual, as part of an organisation or a business.

Guidelines is my eBook that summarises the main lessons from 33 of the best-selling self-help books in one place. It is the ultimate book summary; Available as a 80-page ebook and 115-minute audio book. Guidelines lists 31 rules (or guidelines) that you should follow to improve your productivity, become a better leader, do better in business, improve your health, succeed in life and become a happier person.

This summary is not intended as a replacement for the original book and all quotes are credited to the above mentioned author and publisher.