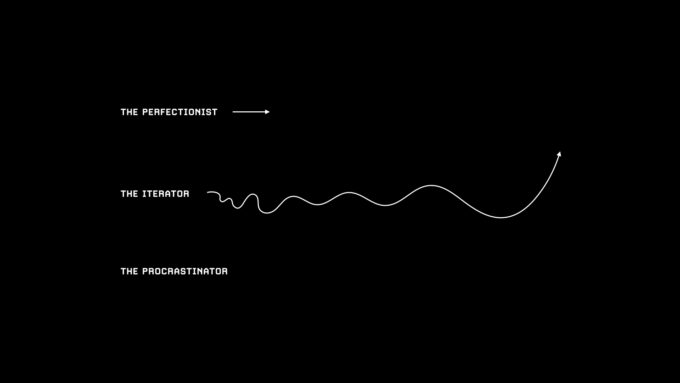 Below I’ve shared a few of my favourite diagrams and a short explanation on each. Here we go…

Making mistakes is okay. Failure is not trying at all.

Earn with your mind

This is particularly relevant to self-employed consultants and freelancers such as me. There’s a limit as to how much you can earn simply by selling your time (i.e. hourly billing). But if you price your services based on the value provided, your earning potential is far greater.

This is your life

As a student of Stoic philosophy, I’ve learned the importance of reminding myself that we are all mortal and will die one day. I recently got a Momento Mori tattoo to remind myself to live life now and not put things off to the future.

I love this diagram as it’s a stark reminder of this fact. I like how it’s phrased from the point of view that life is constantly “ending”.

I’ve recently talked about the importance of having enough and balancing happiness with self-improvement. This diagram is a nice reminder to balance being content with what you have right now with the pursuit of more.

Otherwise, you end up constantly chasing more and never quite getting there, like this:

Knowing which screw to turn

Another reminder that what matters is not what you do but the value you provide. If this diagram doesn’t make sense, it’s a reference to the following fictional story:

The huge printing presses of a major Chicago newspaper began malfunctioning on the Saturday before Christmas, putting all the revenue for advertising that was to appear in the Sunday paper in jeopardy. None of the technicians could track down the problem. Finally, a frantic call was made to the retired printer who had worked with these presses for over 40 years. “We’ll pay anything; just come in and fix them,” he was told.

When he arrived, he walked around for a few minutes, surveying the presses; then he approached one of the control panels and opened it. He removed a dime from his pocket, turned a screw 1/4 of a turn, and said, “The presses will now work correctly.” After being profusely thanked, he was told to submit a bill for his work.

The bill arrived a few days later, for $10,000! Not wanting to pay such a huge amount for so little work, the printer was told to please itemise his charges, with the hope that he would reduce the amount once he had to identify his services. The revised bill arrived: $1 for turning the screw; $9,999 for knowing which screw to turn.

Books like Essentialism and The ONE Thing teach us the importance of focusing more time on fewer things. It’s better to have a narrow focus and do one thing really well vs. spreading yourself too thin and not making a difference on anything.

Building on the previous idea, don’t let yourself get distracted by new ideas or opportunities. Sometimes you need to persist with one idea/project otherwise you’re simply resetting your progress each time.