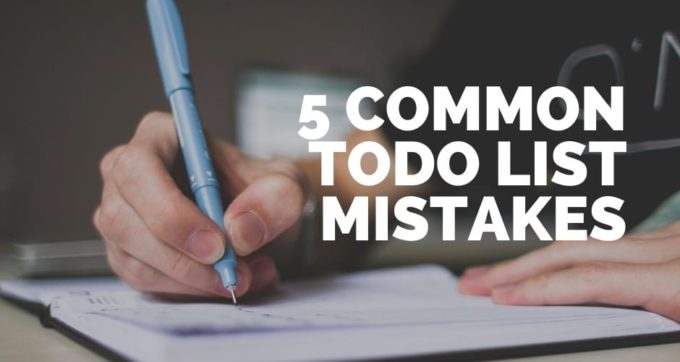 We create to-do lists with the best of intentions; to plan our work so we can be more productive. But if we’re not careful, a task list can quickly become bloated, messy and overwhelming, making us feel guilty and less productive than before.

As I’ve worked with more and more clients to help them with Asana, I’ve noticed some common task management mistakes coming up again and again. Here are the most common mistakes I see people make and how to avoid them…

One of the biggest causes of a bloated task list is adding things to your list that shouldn’t be there. For example, I see clients add things like articles and books they want to read or ideas, contacts and notes to their task list. The rationale is that it’s better to have all this in one place…

The issue is that all this noise means your actual work, the things you need to DO, gets lost in the mess.

When deciding whether something belongs on your task list or not, the criteria is pretty simple:

If so, put it on your task list. If not, it doesn’t belong there.

Ideas and articles can go into a notes app like Evernote, Apple Notes or OneNote. And if they ever do become actionable, you can add them to your task list.

Being more selective about what goes onto your task list will help cut down on the mess, making it easier to identify and prioritise your actual work.

2. Not being specific with due dates

The next mistake happens when due dates are not added to tasks because there is no hard deadline, it just has to be done at some point. Or when all your tasks are due on a Friday signifying that it has to be done by the end of the week. I view this as a lazy approach to task management.

Thinking about specific days you’d like to work on your tasks requires more effort but will set you up for success in the long-run.

3. Not planning enough time to actually do the work

This leads me onto my next mistake…

A lot of people run into issues when they don’t plan enough time to actually do the work. Again, it’s the result of lazy task management and to overcome this, it’s worth taking a few extra seconds to estimate how long a task will take to complete. Depending on your task manager, you could add a tag or field to the task to budget a number of hours onto the task. 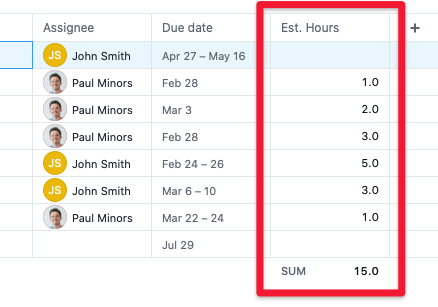 As I’ve talked about many times before, time blocking is a great way to do this. By putting tasks on your calendar, you have to decide when you’re going to do it and how long to spend on the task.

4. Planning to do too much at once

Along with misusing your task list, this is another mistake that results in a bloated and messy todo list.

Like I said at the start, todo lists start out with the best of intentions. But it’s very easy to over-commit and plan to do too much. Instead, try and be more selective about what goes on your task list. Not everything deserves your time or has to get done.

In my case, if I put something on my task list, there’s a 95% chance it’ll get done. That’s how sacred it is to me.

Finally, a mistake I see all the time is where tasks that didn’t get done and are now overdue are left abandoned on the list. This only adds to the mess and make us feel guilty for not doing the work.

It’s pretty easy for tasks to go overdue. Either because something urgent came up that meant we couldn’t do the task, or maybe there just wasn’t enough time. Either way, now that the task is overdue, you need to re-plan and decide how you’re going to catch up. You can’t plan your time around a date that’s in the past. Reschedule the task for the next day or week and work out when you’re going to get it done.

This is something I do as part of my end-of-day routine. If there’s stuff still on my list I didn’t have time for, I’ll update the due dates and create a new plan.

What task management mistakes do you make and how do you deal with them? Let me know in the comments below!