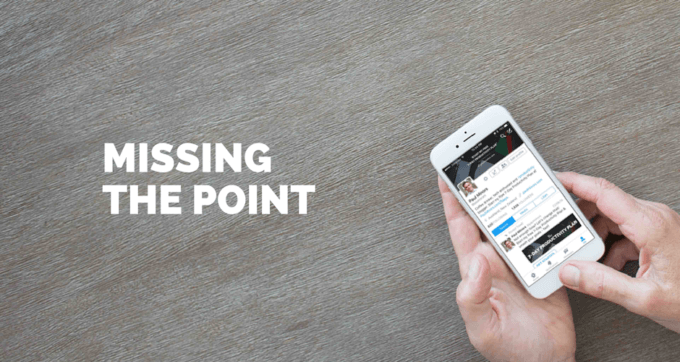 On Sunday, we went to a waterpark here in Bali and we had a great day zooming down slides and drifting around in inflatable tube. During the day, I noticed a huge number of people who walking around with their smartphones in waterproof cases.

The park was selling these cases at the gate. I didn’t actually see them on the way in but if I did, I probably would have laughed at the sight of them. And I get it. The waterpark want’s to make money so I’m not surprised they were selling them. What was surprising was that people actually purchased them.

If I had to guess, I’d say maybe a third of people had their phone with them. It was crazy to think that these people were incapable of going a few hours without a phone.

As we were waiting in a queue I spoke to Hayley about this and tried to work out why people would do this. I concluded that the main reason people wanted their phones was to get some nice pictures of the day. And literally, as we were talking, I saw a girl going down a slide on a rubber tube, using her phone to take pictures.

I get that people want some nice pictures but they’re missing the point. When you come to a waterpark, the point is to have fun. If you’re on your phone while you’re on the slide, you’re sacrificing the experience so that you can try and capture the experience.

Now, I’m far from perfect. I love my iPhone as much as the next person. But I’m making an effort to be more present and conscious. Over the last few months (and especially since starting our travels) I’ve been trying to look at my phone less and less so I don’t miss out on life’s experiences. I’ve turned off almost all notifications (I just get calls, texts and Facebook messages, that’s it) and check Facebook and Twitter maybe twice a day.

Smartphones are great. But they shouldn’t command all our attention and they certainly shouldn’t cause us to sacrifice our experiences just so we can get a photo. Forget the photo, just enjoy yourself. You may not have a pic for Instagram, but you’ll have a great story to tell later.